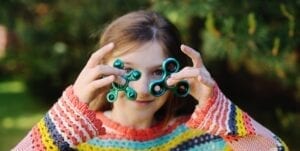 Some years ago I was asked to speak to a parent support group meeting on Autistic Spectrum Disorder (ASD) when I overheard a conversation with one parent saying to the other “The doctor says that my son doesn’t have ASD he has more ADD. ” “What’s that?” asked the second parent. The first parent replied, ‘I’m not exactly sure but I think it stands for Attention Devastation Disorder.”

Though at the time I may have initially smiled at the mistake, I do remember thinking of the power that specific words can convey. For that mother the word deficit had not registered, however, the impact of her son’s behaviour had. Interestingly though, she had recalled the word disorder.

While the condition we know today as ‘ADHD’ or Attention Deficit Hyperactivity Disorder is a relatively new concept, the underlying issues and behaviours are certainly not new. Excessively hyperactive, inattentive, and impulsive children were described as long ago as the late eighteenth century when the German physician Heinrich Hoffman (1809-1894) wrote a children’s story about ‘Fidgety Phil’, a “naughty, restless child” who was asked to “sit still for once at the table,” but instead fidgets so much that his chair falls over.  He then pulls the cloth from the table and the family dinner is ruined (Hoffman, 1846).

The starting point of ADHD as we know it today is generally acknowledged as being in 1902 by the English paediatrician Sir George Still (1968-1941). Still described “an abnormal defect of moral control in children” and found that some affected children, while intelligent, could not control their behaviour in the way a typical child would. On a side note, I do find it somewhat ironic that a person called Dr Still was writing about children who were definitely not still.

The American Psychiatric Association issued its first Diagnostic and Statistical Manual of Mental Disorders (commonly known to professionals as the ‘DSM’) in 1952, listing all the recognised mental health disorders along with their causes, risk factors and treatments. ADHD was not listed, but in 1968 the second edition of the DSM included ‘Hyperkinetic Impulse Disorder’ for the first time. The third edition in 1980 changed the name to ‘Attention Deficit Disorder’ (ADD) and finally this was revised in 1987 to ‘Attention Deficit Hyperactivity Disorder’. However the condition was still poorly understood and under-researched, and it was not until the DSM’s fourth edition in 1994 that the description of ADHD began to resemble more closely the condition we recognise today.

It appears to be that when we think of ADHD we generally think of it being associated with a challenge. Indeed the ‘D’ of Devastation could be replaced with Distractible, Defiant or even Dangerous. Maybe it’s because the attention and hyperactivity traits are surrounded by the Ds of Deficit and Disorder that we usually consider this to be a challenge rather than an opportunity.

‘D’ however also stands for 2 other truly important terms for children with ADHD. Developmental and Difference.

ADHD is a term that describes neurodevelopmental differences in children, adolescents and adults. The more that we are able to understand the traits of the condition the more effective the systems and strategies for support can be deployed. As a result I would propose we lose the negative ‘Ds’ and replace them with more practical and accurate ones calling  it Attention Developmental Hyperactivity Differences.

And while we are at it,  let’s not stop there. We know overlap is the norm and not the exception, therefore let’s rename ASD as Autistic Spectrum Differences, ODD as Oppositional Defiant Differences and SpLD as Specific Learning Differences. This list could be endless.

D by the way also stands for Diagnosis, Determination and Desire however let’s start with “Discarding” the Deficit and Disorder in ADHD and replace it with Attention Developmental Hyperactivity Differences.